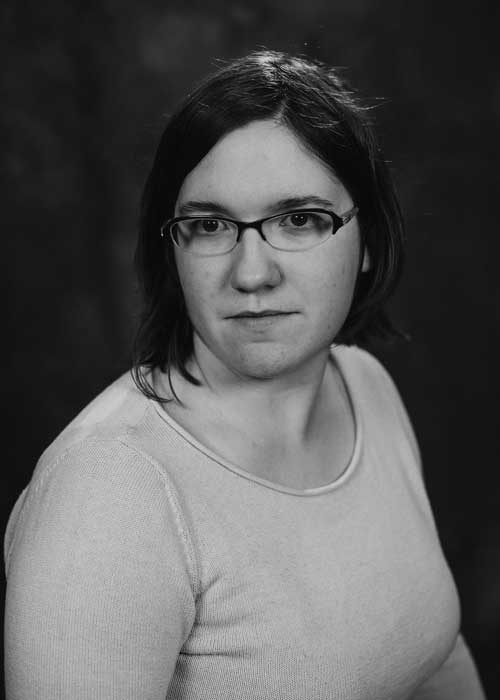 Mayala had never seen anything like this in her entire life. All of her life, the Drenth had talked about the surface like it was the Realms of Fire and Shadows itself. A dead wasteland with a ball of fire in the sky that burned the victims below into ash. Even when it became dark, there was a ball of silver fire with thousands of tiny flecks of cold flame. No one could escape the bitter, burning light. The surface was a place that could fit in the Inferno Realms.

Mayala never knew how wrong a person could be until she saw this.

It was night, as Pepin had explained to her. There was a crescent shape in the sky that gave off a soft, silver glow. Mayala remembered Pepin saying that that was called “The moon.”

But what amazed her the most were the stars.

The Drenth said that there were thousands of them. She had to disagree. There were millions of them! All of them twinkling in the sky, seeming to be in an endless dance. They didn’t seem cold, at all! They seemed soft, gentle, warm.

“I’ve never seen one stare at the stars like you are right now,” said Pepin. Mayala returned the grin tenfold.

“Did you even glance at the surface?” Pepin asked. Mayala finally looked down from the sky. As she did, she let out a gasp.

Never had she seen something so big. The land went on for so many miles that Mayala couldn’t see the end of it. Even though it was dark, Mayala could see many different greens from the top of large, brown pillars. She pointed to them and glanced back at Pepin.

“What are those?” Mayala asked.

“Trees,” Mayala repeated the word to herself.

“A large group of trees, like this,” Pepin motioned towards the land below, “is called a forest.”

“Large group of trees is called a forest,” Mayala whispered. She looked back at Pepin. “Can we… Go explore it? I mean, I’ve never seen this, but if you’re too tired and you want to rest…”

Pepin gave her a mischievous grin. “Tired? Never! Race you!” Pepin dashed down the hill, although he knew Mayala could easily outdistance him.

Mayala didn’t even run down the hill. She backed up, then leaped off the flat peak that she was on. She expected to land onto cold stone, but was thrown off guard by the soft ground below her. She looked down at it, noting how moist and soft it looked. She crouched low and felt it with her fingers. It was very damp.

“What’d you do, leap off the peak?” Pepin panted as he slowed to a halt next to her.

“Pretty much,” Mayala said with a teasing grin. She took a pinch of the brown stuff and showed it to Pepin. “What is this?”

“Dirt, or soil. It can be called both,” Pepin replied. He picked a green sliver from the ground. “This is grass,” Pepin said.

“Dirt, grass,” Mayala said, memorizing them. Suddenly, something brushed her shoulder. She nearly had a heart attack, sending Pepin into a fit of laughter. Mayala saw an oddly shaped piece of… Green paper…?

“What’s this?” She asked, not wanting to touch it in case it was deadly.

Pepin couldn’t answer, he was laughing so hard. “The look… On your face… It was priceless!” Pepin said between breaths. Mayala scowled at the Halfling.

“Ha. Ha. You’re hilarious,” Mayala said in a sarcastic tone. “Now, what is this?” She pointed at the odd green thing.

“It’s called a leaf, and it won’t hurt you,” Pepin said, still chuckling. Mayala plucked the leaf gently from her shoulder. She studied it and noticed just how much detail the leaf had. It had many different veins ebbing from the center. She looked up at the trees and saw many leaves on them. “So, do the leaves attach themselves to the trees?” Mayala asked.

“They grow on them,” Pepin replied. “Leaves are essential to trees. They’re the tree’s source of food.” Pepin gave a shrug. “Don’t ask me how, I don’t know.”

“Thank you, Pepin, for taking me here,” Mayala said. “It’s more wonderful than I could ever imagine.”

“I’m glad you like it,” Pepin returned the smile. He glanced up, his smile widening.

“Mayala, you want to see the sunrise?”

“The sunrise?” Mayala repeated, glancing curiously at the grinning Halfling. He turned and dashed away. She quickly followed. They came up to a clearing.

“Watch to the east,” Pepin said, grinning. Mayala squinted in the direction he was pointing. It just looked dark.

“Pepin, I don’t see-” Mayala began, but then, the sky towards the east began to lighten from black to a dark blue. It was brightening more and more, the blue turning into purple, the purple turning to pink, then to red, then to yellow. Never had she seen so many colors in one moment.

Then, the sun began to rise.

It was just a small sliver at first, but then it rose higher and higher. It was so bright that Mayala could hardly look at it. She raised her hand to shade her eyes. Pepin did the same.

As the sun rose, the sky began to turn to a bright blue. Mayala realized that her mouth was open from amazement. “That’s… That’s a sunrise?” Mayala asked in a small whisper.

“I’ve never seen anything like it,” Mayala responded. “It was beautiful.”

Pepin smiled and looked back towards the east. The sun was now pretty far from the horizon. Mayala, though she loved it so much, couldn’t bear the light much longer. She threw her hood up to shade her eyes from the light.

“Come, Mayala. Let’s go back to the forest,” Pepin turned and walked back into the forest. Mayala followed.

The forest looked much different in light. That’s when Mayala noticed the sounds.

There were so many sounds! There were whistling sounds, chirping sounds, the sound of wind blowing through the leaves on the trees, Mayala couldn’t keep track of all the noise. It was so unlike the silence of the Dark Labyrinth. Mayala loved it. She loved everything about the surface.

“Come on! We’ve got a lot to see!” Pepin called. Mayala shook herself out of her thoughts and grinned, dashing after her Halfling friend.