Author Next Door Feature: September, 2018
By Anna Faller
In a town defined by cherries, Michelle White is the unequivocal expert. The creator of Michelle’s Miracle nutraceutical brand and former-owner and founder of the Leland Cherry Company, White knows a thing or two about the region’s most iconic fruit. But, she’s planted another seed entirely in her most recent endeavor: writing. Her first book, entitled On a Pit and a Prayer: How I Grew a Business, Lost a Business, and Found Faith, Family, and Love, hit bookstore shelves earlier this month. Much like the Montmorency concentrate in which she specializes, her book is almost medicinal: an emotional salve, for others, as well as herself: “I think it’s more of a cautionary tale. My inspiration to write it was throughout my sixteen years [in business], I encountered a lot of interesting experiences that you couldn’t make up, but that could happen to anyone. So, I thought perhaps if I wrote my story in a vulnerable way, that it might help other people who are going into business, or are already in business, [to take a different path].” 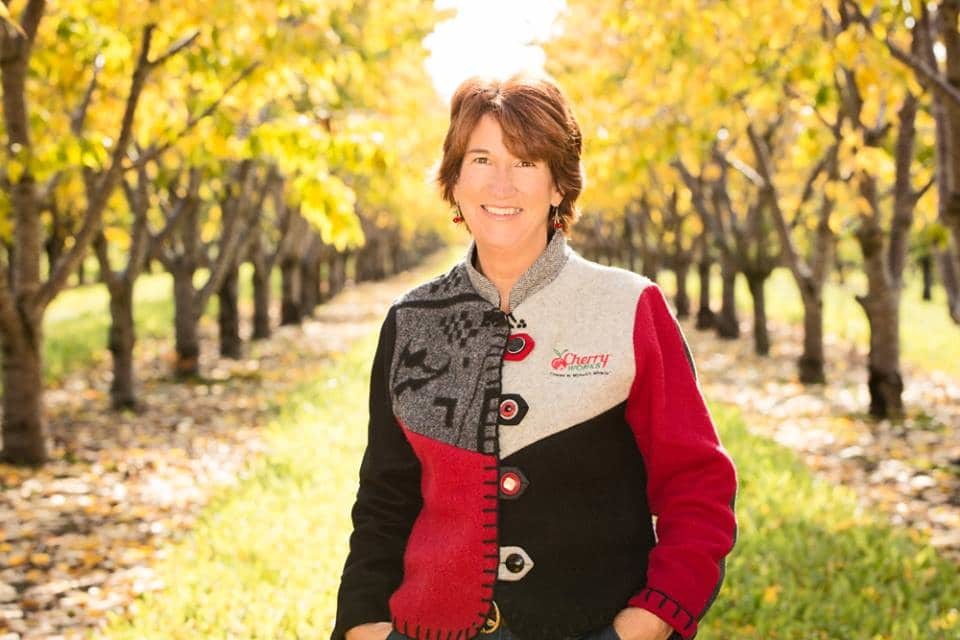 White got her start at a Leelanau County fruit-processing plant. But, when the plant’s owner ignored her suggestions to concentrate on, well, concentrate, White wasted no time in pursuing the idea herself. Fast forward a few years, and what began as a simple concept had ripened into something much larger: “I started [my company] for the health benefits, and I was the first one to take it nationally. Tart cherries are almost always pie cherries. They’re also the most beneficial for pain relief and sleeping, because they’re the highest in anthocyanins, which shut down inflammation. So, wherever there’s inflammation, tart cherries have the ability to reduce [it]. They’re also loaded with natural melatonin, which is what balances out our circadian rhythms; so, it’s not just, “I got a good night’s sleep,” it’s, “I’m prolonging my life.” And so, you can only imagine my struggle: I was trying to tell the country about it, but being a pioneer is not all it’s cracked up to be.” After a sixteen-year battle with flighty investors and a woefully hands-off executive board, White was ultimately forced to resign from her own company. But, not without a story to tell. 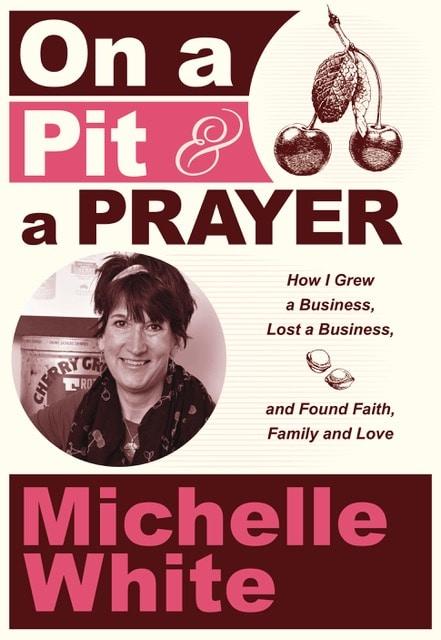 Multiple stories, in fact. As it were, the inception of On Pit and a Prayer started with White’s own journals. Lots and lots of journals. Says White, “I started journaling in the ‘90s, and kind of threw my pain and grief from losing my company [into those.] I realized I had all these journals, so we mined through them and found stories that we hope will help other people maybe not go through what I went through.” White even has a name for her journal: Jarnel. Undeniably a “she,” Jarnel’s name never changes, and despite her multiple volumes, she is one of White’s closest and most treasured relationships: “[Jarnel] never forgets anything, so that’s how a lot of that stuff [ended up in the book]. We converse, we solve problems. We don’t need to believe our thoughts,” White continues. “Most of the time, they just take us out or down. Jarnel brings out a piece of me that is kinder and more solution-oriented to our life: me, myself, and I. We forget so much about who we are and what’s important or funny or painful, or whatever, if we don’t record it. My good friend Wendy Steele once told me to record the moments so that you can look back and realize that you did far more than you ever thought.”
And White is certainly no stranger to accomplishment. After stepping back from the corporate world and some much needed “me time,” White channeled all of her creative energy into On a Pit and a Prayer. She says, “I have a lot of stories and I love to write stories, so [a book] was always in the back of my mind. I just woke up one day, and I was like, ‘I think it’s time to write a story.’ That was a while ago; it took me some time to emotionally deal with what I had gone through, and to feel comfortable with what I was saying. But, I’m pretty raw and vulnerable about myself – I kind of put myself out there.” From inception to published product, On a Pit and a Prayer took about two-and-a-half years and a small village to complete. But, for White, the process was more than just composition: it was catharsis. She explains, “We’d make really good progress, and then I’d have to deal with that emotionally, and I’d take long breaks. I wasn’t working on [the book] that whole time.” But, take a page from Jarnel, if you will, and don’t feel sorry for White, because she doesn’t regret her business experience in the slightest: “I absolutely don’t think I would be who I am if I hadn’t done it. And I certainly wouldn’t have a story to tell. I mean, maybe I’d have a different story, but this is the one that was chosen for me.”
As of late, White has also found herself bound for another path: ministry. She and her husband, Bill, are both currently immersed in programs to become a deaconess and home minister, respectively, at the Leland Community United Methodist Church, where she also leads a Wednesday morning art group. But, had it not been for her work as an author, White might never have found her faith: “All along, I had been praying in my journals, but I didn’t really have any faith in my prayers. I would pray and then I’d go do. I didn’t ever let things play out. And I didn’t have faith. So that went on and on; there’s even letters in the book to God.” But, Michelle White is the last person to get all “bible-thumpy” on you. Instead, she’s chosen to let church be more of a compass than a steering wheel. It has, however, provided her with a renewed approach to life: “A friend once told me, “There’s no atheist in the foxhole.” And once you realize that [you] don’t have any control anyway, you don’t even have to be religious: you just have to have faith.” In the world of Michelle White, there are no coincidences, least of all her journey as a writer. And if we never had control anyway, we might as well enjoy the ride.
So, what’s next for White? She’s not sure yet, but she certainly won’t let something as ludicrous as planning stifle her potential: “It’s that little voice like, ‘I knew that was going to happen.’ There’s a reason that you hear that, and to me, if you just listen as best you can, you know what path to take and when to diverge. You can call it Holy Spirit, you can call it instincts; there’s so much research on God being the true brain, which is why we have that gut instinct. And when it doesn’t feel right, it’s because it’s not; there’s no wishing that away.” That’s not to dissuade the efforts of others, of course. As her story might suggest, White is an avid proponent of taking chances, writing or otherwise: “Do it. Just do it. An idea is only an idea. Feel the fear and do it anyway.” Consequences be darned, Michelle White is in it for the long haul. And while we can’t say what path will choose her next, we do know that her story is far from over.