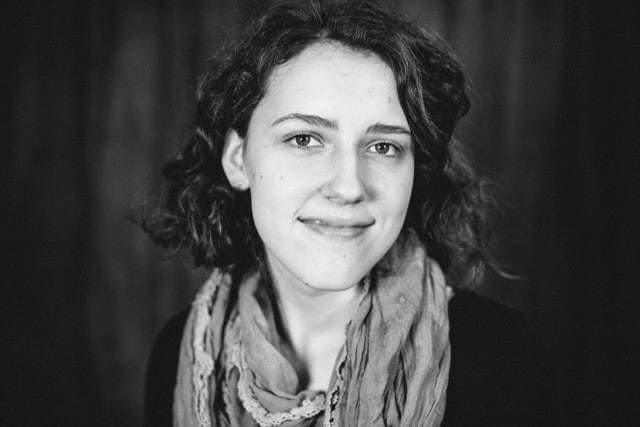 Mara White remembers that there was blood. Quite a lot of blood. Covering the white hospital sheets, dripping to the floor. A puddle of red, frantic doctors covered in it, screaming for the anesthesiologist, STAT! STAT! Blood pouring out of Mara, her newborn baby on her chest, wrinkled and pink and just minutes old, Mara’s husband James watching it all happen from across the room. The blood wouldn’t stop. The anesthesiologist wouldn’t come. The baby and the husband were hurried from the room. Mara White was dying.

Going into her first birth, Mara says, “I was so cocky.” She was thirty years old, this was her first child, and she was determined to do it all naturally— no medicine, no IV, no surgery, just her and the baby. It was a sweltering June day, 90-plus degrees, and the elementary school teacher was sent walking outside the University of Michigan hospital for hours to induce labor. She was sent home, then rushed back. At this point, Mara was ready, and felt little anxiety about the impending birth. “I was sick of being pregnant…I just wanted her [the baby] to come out.”

When labor finally did come, it was fast. Within two hours, in the early hours of June eighteenth, Louisa Marie entered the world. Labor was difficult— Mara vomited all throughout, making her dehydrated—but the baby was healthy, and that was what mattered. Louisa was placed on Mara’s chest, just like Mara had read that was essential for mother-child bonding. All was well—on the surface. “I was young and dumb…I never considered all that could go wrong,” said Mara. “It never dawned on me, never.”

But, as it would happen, Mara had a genetic bleeding disorder, one that neither she nor the doctors knew about. Most of the time, von Willebrand’s disease is no big deal. Roughly 1% of the population walks around with the blood-clotting deficiency, and most never know they have it. A person with von Willebrand’s might need extra Band-Aids after the first two are soaked through, might have bruises cover her legs and not know where she got them, might have gum bleeding for five minutes after brushing her teeth with too much gusto. Having the condition also means a ton of nose bleeds, and prolonged paper-cut episodes. But von Willebrand’s is by no means a grave disease— except when childbirth is concerned.

Minutes after birth, Mara started bleeding. Internally, externally, heavily, and very, very, quickly. Within moments, her condition was deemed critical. The doctor was asking her questions, and she struggled to respond. Soon, she couldn’t speak at all. Her vision went black and white, then tunnel. The doctor’s voice was rising, growing angry, more and more panicked, unable to hurry the arrival of the anesthesiologist, unable to do anything to stop the blood from gushing out of the young mother. And it was gushing in gallons, like something out of an R-rated horror movie. But this was all too real— Mara was dying in childbirth.

Suddenly, Mara could see everything from above, hovering over the hospital room as a spirit or a ghost, or maybe as a woman who is leaving the world. She could see it all: the beige hospital room tainted with red, the doctors huddled over her body, her husband and daughter a few corridors away with the nurse. She remembers being calm, eerily peaceful about death— matter-of-fact, even. She remembers thinking forward, to what comes next— then pausing to look back. She thought of the students in her first-grade classroom, waiting for Mrs. White to return from maternity leave. She thought of her husband James, knowing nothing about diapers or milk or crying or girls, widowed after only five blissful years, left to brave fatherhood alone. Most of all, she thought of her baby. Louisa, growing up without a mother to read her stories and teach her to play the flute and hold her when she cried. Mara remembers saying a simple prayer then, a prayer that went something like: God, I know Louisa needs me. I know James needs me. I know I still have more to do for kids. I’m not ready.

As soon as she finished the words, the anesthesiologist arrived, his hair sticking up all over, having clearly just gotten out of bed. He inserted the IV into both of Mara’s elbows, making a popping sort of sound. Mara returned to her body, bewildered and blood-covered but so, so grateful to be back.

The doctor who oversaw Mara’s birth visited her later, once the blood had been cleared up but the shock had not. “You know you were dying,” he said, his face egg-white, and Mara nodded. The doctor told her that he had never lost a patient before, and that this had just been too close a call, thank you very much. He resigned immediately— she was his last patient. Mara’s nurse never let another patient give birth without an IV again. The experience horrified the young nurse, and still haunted her with nightmares many years later.

The aftermath of the birth was not easy for Mara, either. She began to hemorrhage as soon as she returned from the hospital, nursing was difficult, and Louisa didn’t gain enough weight for a while. “It was not what you imagined having a baby was like,” Mara said. “It was quite hellish.” For some time, she didn’t tell relatives and friends that she had come so close to death. She recalls that people would come and visit her after the birth, and that they would fret over her pale complexion, asking, “Are you sure you’re all right?” But Mara was still dealing with her own emotions, and didn’t want to have to confront those of others. It was six months before she even discussed her near-death experience with her husband.

But Mara does not shy away from talking about the ordeal now. She does it annually, in fact. Every year on June 18, Louisa Marie White turns a year older: one, then two, and now, somehow, nineteen. Friends and family, but mostly family, gather around the cake, sometimes chocolate, sometimes coffee-flavored, frosting always melting a little in the early summer heat. Forties big-band horns and dramatic soundtrack violins play back to back from Louisa’s computer, showing off the birthday girl’s eclectic taste in music. I am often the one taking pictures, and I see it all. I see that underneath the party hats, Louisa’s hair is as dark as Mara’s, though a little curlier. I see that as mother and daughter embrace, Mara’s eyes sparkle with unshed tears that could be from something sad, but that are probably from joy. I see brown curls framing six ice cream-covered faces, including my own. I see my dad as a father of seven, rather than of one. Louisa’s birthday is a day to celebrate that we’re all alive, really. That our family of eight was even possible. For after a delivery that so very nearly killed her, my mother has gone on to give birth to not one more, not two more, but six more children. We owe our lives and our family to those doctors and that conversation with God—and most importantly, to our mother.

It certainly would have been enough for my mom to love one child and raise her well, to teach Louisa to have her mother’s faith and kindness and gratitude. But instead, she had five more. Instead of lecturing us about God and love, she does something far more difficult: she leads by example. Mindful of the promise she made in the delivery room, my mom began to do more to help children, to make more of an impact on the world. After earning her Ph.D. in Child Development, she’s taught classes, written textbooks, appeared at conferences, and started a program for kids in poverty. And then she’s left it all behind, multiple times, hard-won years of experience and prestige, to raise her children.

As Mara’s daughter, I see firsthand her utter gratitude and delight in life, and daily striving to help others. She is the first person to gape at the unusual shade of orange in the sky, or to notice an infant’s giggle while waiting in line with groceries. Often, she is the only person to stop and talk to a homeless person on the street, or to be moved to tears by a simple story on the radio. She shows the same tenderness and love as mother to her children. When I was little, I remember her making up songs while she stirred macaroni and cheese or washed me in the tub. I remember her letting me sleep in her queen-sized bed every single night when I was small, even when she had two brand-new, screaming, tiny twin babies to look after. A decade later, I see her coax my youngest sister to sleep with elaborate stories about superheroes, see her teach a five- year-old and a ten-year-old how to frost pine cones with peanut butter and birdseed to make bird feeders. I see her teach me to drive, enduring too many jolts and near-misses but brushing it off afterwards. I see her stay up until midnight sorting books for her nonprofit, then wake up at six to make pancakes and send her children off to school. And through it all, I see her take pleasure from every moment of her life, from the mundane to the marvelous.

It would be difficult, if not impossible, to have a near-death experience like that of Mara’s and have no changed ideas of God and spirituality. My mom says that she’s a lot more confident in her beliefs now. But instead of feeling a need to evangelize, she lives her faith every day in her treatment of others. In infusing kindness into the many lives that she has touched— people who come to food pantries, elementary school children, her former college students, and most of all, her children—she more than fulfills her divine pact of two decades ago. As I am nearing adulthood myself, I can only hope that I touch the world in a fraction of the way that my mother, Mara White, has. Mother Teresa is her idol, and on the bottom of all of her emails is a quote: Do small things with great love. I hope that I can do the same. 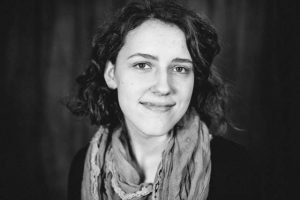