For the Love of All Things Good and Holy Girl, Don’t Squash the Squash 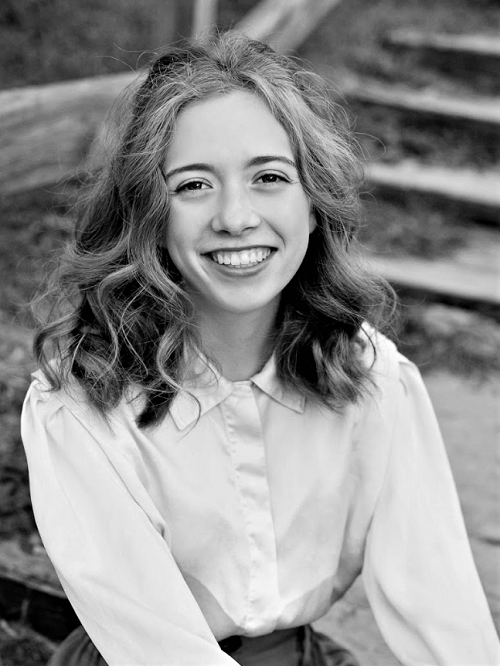 I’d like to make one thing clear from the start: I am not a farm girl, and I will not claim to be. My grandparents are farm people, and though they’ve moved from the farm, they still maintain a garden half the size of a football field. Having lived down the street from them my entire life, there was hardly a summer in my adolescence where I didn’t have a hand in the growing, or at least keeping family members company. The inclination to plant is supposed to be in my bones too, but, well, the best that can be said is that I’ve managed not to cut my foot off with a hoe so far, and if I’ve killed every houseplant I’ve been gifted that’s neither here nor there. There are more things to be learned in the garden than how to tell when it’s time to pull up the potatoes.

It starts, if such a circular process can have a beginning, in the spring. The garden doesn’t look like much, all brown mud streaked white from the ash of the wood stoves that keep us warm in the winter. It feels about as barren as any place can. It’s in this setting, the air still crisp but no longer biting, that I get my first lesson. As the clouds hover just overhead, my grandma and I crouch, a bright orange pill bottle clutched in my hand, the only spot of color in the field. After failing to push and twist at the same time I surrender it, and she deftly unscrews the cap and pours out seeds, the smallest seeds I’ve ever seen. I remember hearing about faith the size of a mustard seed moving mountains in church, and I wonder what faith the size of a carrot seed can do.

The gray clouds press against our backs as we plant a couple of seeds at a time, carefully covering them in dirt and moving down. A row takes all the time we have that evening, and alone Grandma certainly would’ve done it faster, but after I spilled nearly the whole bottle of seeds not three feet in, I’m not to be left alone. The relief of having someone else be responsible nearly eclipses my guilt. We end the night with a final lesson: identifying where the rows have been planted so as not to trample Sunday’s dinner. We leave, humming an old tune, hands clasped together between us, arms swinging.

The next time it’s corn. Corn is more dangerous than carrots, even though the seeds are bigger and able to be salvaged if dumped. Before we even get the edge of the tilled soil, I am filled with warnings. Do not, under any circumstances, touch the kernels with my bare hands, and don’t touch my face or rub at my eyes until we get back down to the house to wash our hands. By the time the brown paper sack is pulled out, complete with a skull and crossbones printed on the side, I am expecting a small bomb. But, when Grandma opens the bag I am entranced, and I glance up at her, expecting a joke where there is none. This isn’t what corn looks like! They’re like candy, an artificial red brighter even than fall apples. The coating, dyed so as not to mix up what’s seed corn and what’s for feed, is poison, used to keep critters from crawling in and eating the freshly planted kernels. My grandparents, ever careful, go the extra mile, it seems to me that if a kernel brushed my bare skin it would start to melt. So, with gloves meant for an adult shoved onto my seven-year-old hands, we go, hill by hill. A few kernels at a time. The goal was three rows, and three rows we planted as the weather turned from cool rain to warm mornings.

Mid-June, Grandma and I climb the hill, brown bucket in hand to collect our first spoils. She leaves me at the nearest corner as she goes to check the squash, and coarse leaves brush the backs of my hands as I shift through the rows looking for ripe cucumbers. I hate them with a single mindedness only a child can achieve. The cucumbers don’t like me either, their bumpy skin thorny and difficult to grasp well enough to pluck. I tussle with them until Grandma comes back and steps in, deftly pulling them from the vine, and we head back down the hill to give the cucumbers what they deserve.

Refrigerator pickles have a special place in my heart, sweet and nostalgic and completely unlike the feeling that arises at the sight of a raw cucumber. They’re all sharp vinegar and carefully measured salt that through the magic of modern refrigeration dissolve into sweet slices that are nothing like what you get at the store. I may not have a refined palate, but I’m happy as the jar is settled on the top shelf of the fridge, clinking softly, grandma next to me promising to bring them down to our house as soon as they’re ready.

June slips farther away, and it’s time to pull up the carrots. Full grown carrots are just as finicky as carrot seeds. If you pull too hard on the stem, it breaks off and you’re left with bitter greens and not sweet orange vegetables. So, you have to dig your fingers into the dirt to grasp at the base of the stem and the top of the root and then pull gently. This requires a patience that is nearly impossible after waiting months watching them grow. At the sight of the first carrot coming up from the ground into my hand, I’m off running. Cold water from the hose transforms the dirt to mud from my hands and the root, and I eat it raw, still dripping wet with dirt smeared on my chin. In that moment though, with my grandparents laughing at me, and the bright summer sky, I’d take a carrot over all the chocolate in Belgium.

Being young and spoiled, I mostly avoid the responsibility of weeding, but there’s another job that the adults were eager to pass off, killing the potato bugs. Every potato plant down the row needed to be inspected, top and bottom, for potato bugs. Once found, there are two options: pinch them with your bare hands, or find two smooth rocks to squash them between. I go for the rocks. The first person to teach me the art was my uncle, who framed it as a “fun game” with a mischievous smile that I fall for to this day. My knees coated with dirt, I crouch next to him, his hands enveloping mine as he taught me, gently now, slowly, bringing the rocks together, got him! The slight smear of bug guts between the stones. One down, two dozen to go. My uncle laughs at our success and leaves me to it. The bugs aren’t the only adversary, and we don’t always win. Sometimes, the harvest is taken by deer before it can be enjoyed by us. It’s the price you pay when you plant a garden with only a lonely scarecrow to guard it. One lonely scarecrow and a few hardworking people.

The last of the harvest arrives at the end of October, orange pumpkins taking up the whole back corner of the plot. Grandpa drives up with a trailer and we load in our spoils. The pumpkins rest heavy in my arms, nearly half as big as me. When we’ve loaded them all in, I pluck a blade of grass and holding it between my thumbs, I begin to whistle. My dad taught me, as his dad taught him. It is a skill that I am infinitely proud of, and it brings me no small amount of fame on the playground. I may not be able to grow anything, but when I start to whistle, Grandpa looks at me and says, with a smile in his voice, “You may be a farm girl yet.”

When I tell people I grew up down the street from my family, I can see their mind creating Thanksgiving ad-esque images, Sunday dinners, and seeing them every day, perfect tranquility filmed in technicolor. The reality? I went to the garden probably five times a year, but it wasn’t the frequency, it was the quality. I may never develop a green thumb, but I know where my thumbs come from, and my head, and why I talk and think and breathe the way I do. Intangible lessons and golden harvests, bitter greens and role models, this is where I come from, these are who I come from, and that’s all I need.