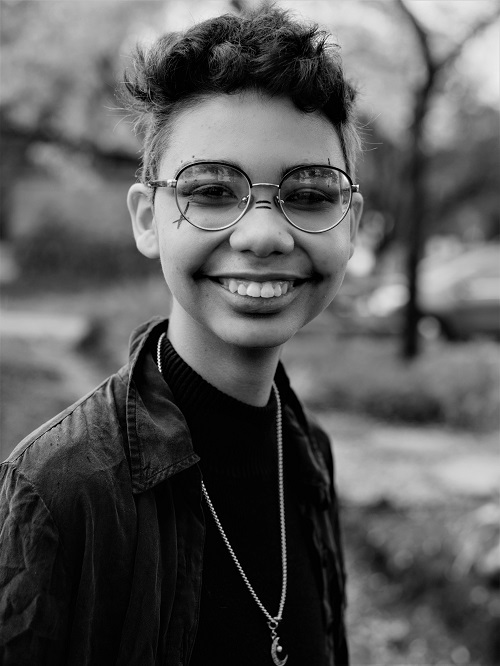 SOUTH BOARDMAN—The strike of hammer against wood is startling in the teenager’s small bedroom. Large pale hands grip the handle of a worn hammer, the handle scratched and the head dull, as the man stares intently at the black shelf below. It strikes again, louder this time, as he aims to hit the small nail needed to put the backing on the shelf. The man looks up, hammers the shelf again without looking down and says, “What do you want to know?”

Kaleb Shetler has been voting since 1992, ever since he came of age, and has voted in every election since. Although he has consistently voted Republican, he disagrees with the way the two-party system governs America. He believes that the system does nothing except divide our country further and further. “It only hurts the American people.” he states, hammer coming down to meet the shelf he is building for his fourteen-year-old son. “I think voting for someone solely based on their party is utterly ridiculous.” He goes on to clarify that Republican values often coincide with his views, but he doesn’t consider himself to be a Republican. He talks about past elections in which people were blinded by superficial things when it came to voting, “It’s like all those people who only voted for Obama because he was Black,” he says.

Shetler believes that politics are being employed to stop the American people from uniting together and making a better tomorrow. Examples of this kind of large-scale division include, “neighbors turning on each other for signs in the front yard, grocery stores turning people away for not wearing a mask. It’s ridiculousness.” Shetler says that the coronavirus is being used to create fear to trick people into voting a certain way—and that it’s working. He stresses that “we need to unite to succeed,” and that we can’t do that if you turn on people simply based on what political party to which they might subscribe.

The back of the shelf is almost complete. Shetler admits to having voted for Trump in the 2016 election, and in the 2020 election as well. He says this begrudgingly, nail held against the wood with his left hand and hammer in his right. He is quieter when he says this. He says that the reasoning for him voting in such a way is because “everything [Trump] promised in the 2016 election he has done. He is the only president who did what he said he would do during his campaign.” He then further clarifies that “he continues to have the ideals and beliefs that I follow.”

Shetler believes that the divide that the two-party system creates is stronger than ever due to the wild loyalty people have for both party members. “They are using the American people as props to further their own agenda!” When asked who “they” were, his hammer met the shelf with more ferocity than before and he admitted that he wasn’t exactly sure. Shetler stresses that he will be okay no matter who wins, and that “getting stressed over political things is stupidity.” Despite what the “fake news” would have you believe, he says this election is not life or death, and anyone who thinks so needs to “take a chill pill,” especially “those people in 2016 who were wailing in the streets [after Trump won].”