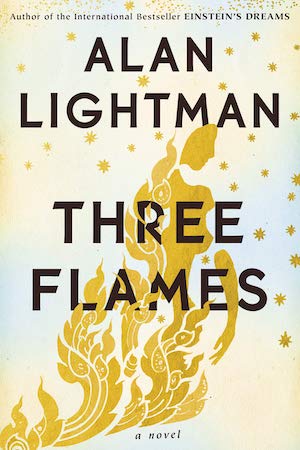 Alan Lightman is an award-winning novelist and nonfiction writer, an essayist, physicist, and educator. Currently, he is Professor of the Practice of the Humanities at the Massachusetts Institute of Technology (MIT).

As both a distinguished physicist and an accomplished novelist, Lightman is one of only a small number of people who straddle the sciences and the humanities. He was the first professor at MIT to receive a joint appointment in the sciences and the humanities. He has lectured at more than 100 universities nationwide about the similarities and differences in the ways that scientists and artists view the world.

Lightman’s novel Einstein’s Dreams was an international bestseller and has been translated into thirty languages. It was runner-up for the 1994 PEN New England/Boston Globe Winship Award. The novel is one of the most widely used texts in universities in the U.S. More than fifty independent theatrical and musical productions around the world have been based on Einstein’s Dream.

Three Flames, his most recent book, was praised by Annie Proulx as his “best book since Einstein’s Dreams . . . a piercing story of social dissolution in damaged Cambodia.”

The stories of one Cambodian family are intricately braided together in Alan Lightman’s first work of fiction in seven years.

Three Flames portrays the struggles of a Cambodian farming family against the extreme patriarchal attitudes of their society and a cruel and dictatorial father. The tale is set in a rural community that is slowly being exposed to the modern world and its values. Ryna is a mother fighting against memories of her father’s death at the hands of the Khmer Rouge and her powerful desire for revenge. Daughter Nita is married off at sixteen to a wandering husband, while her sister Thida is sent to the city to work in the factories to settle their father’s gambling debt. Kamal, the only son, dreams of marrying the most beautiful girl in the village and escaping the life of a farmer. Yet it will be up to Sreypov, the youngest, to bravely challenge her father and strive for a better future.

Three Flames is a vivid story of one family’s yearning for freedom and of a young girl’s courage to face down tradition. 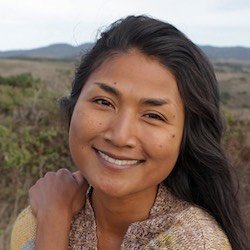 Uprooted by war from her homeland in Cambodia, Mam’s longing to ដោះស្រាយ daohsray or unravel what home means, has led her to work on films about war and refugees, about families threatened and displaced by the destruction of their land, forests and rivers, their cultures and traditions and the myths and stories that honor and protect their home. She is grateful to the families for teaching her that home is where we rest our bodies, give birth to our children, and share in the bounty of the earth with other dwellers of this home. She is grateful to her mother and her family for teaching her that home lies in the jewels and wisdom of our ancestors. And she is grateful to the John D. and Catherine T. MacArthur Foundation, the Kendeda Fund, Kalliopeia Foundation, the Documentation Center of Cambodia, the Pulitzer Center for Crisis Reporting, Women Make Movies, Chicken & Egg Pictures, the Tide Foundation, Skywalker Ranch, the Jeffrey Walker Family Foundation, and Ken Pelletier for supporting this work. She now makes her home on the land of the Pomo and Coastal Miwok with her beloved David Mendez.