We’re thrilled to have Peter Heller return to the National Writers Series. This time, he’s bringing The River, a tale of wilderness survival and a friendship tested by fire, white water and violence.

Peter Heller is a longtime contributor to NPR, and a former contributing editor at  Outside Magazine,  Men’s Journal, and National Geographic Adventure. He is an award-winning adventure writer and the author of four books of literary nonfiction. His novels include The Dog Stars (2012), The Painter (2014) and Celine (2017).

In The River, Wynn and Jack, best friends since freshman orientation, share a love of mountains, books, and fishing. On a canoe trip in northern Canada, a wildfire making its way across the forest adds unexpected urgency to the journey. They hear a man and woman arguing on the fog-shrouded riverbank and decide to warn them about the fire, but their search for the pair turns up nothing and no one. The next day a man appears on the river, paddling alone.

Heller is no stranger to adventure. He traveled the world as an expedition kayaker, writing about descents in the Pamirs, the Tien Shan mountains, the Caucuses, Central America and Peru. He was the first man, with a Kiwi paddler named Roy Bailey, to kayak the Muk Su River in the High Pamirs of Tadjikistan. The last team that had attempted it lost five of their 11 men. 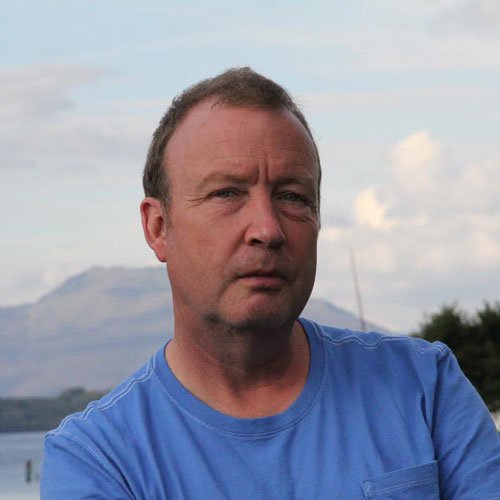 Guest host Peter Robertson was born and raised in Edinburgh, Scotland, graduated from the University of East Anglia in the U.K. and came to the U.S. at age 23. After traveling in the States, he settled in Chicago, where he has been a book reviewer, stay-at-home dad, soccer coach, and teacher. He is the author of four novels, including Colorblind and Permafrost. An enthusiastic bicyclist and guitar player, Robertson is married and the father of two adult children.