This conversation will be virtual and free to all. Join us by clicking here.

If you purchased tickets to the live event, your money will be refunded, including ticket fees. If you have questions, contact the City Opera House at boxoffice@cityoperahouse.org

“Nothing can be taken for granted and change rarely comes without a fight.” — New York Times

In August 1920, 35 states had ratified the 19th Amendment, 12 had rejected or refused — and one last state is needed. It all comes down to Tennessee.

After a seven-decade crusade, the suffragists have reached their moment of truth, but not without opposition. Liquor companies, railroad bosses and a lot of racists (who don’t want black women voting) are opposing the suffragists — many of them women themselves, who don’t want to feel disenfranchised or are worried about the moral collapse of the nation.

They all come together in a steaming hot summer for a vicious face-off. Cue the dirty tricks, betrayals, bribes, bigotry, bourbon and the Bible.

Elaine Weiss has worked as a Washington correspondent, congressional aide and speechwriter, magazine editor and university journalism instructor. The Woman’s Hour: The Great Fight to Win the Vote won the 2019 Silver Gavel Award, the American Bar Association’s highest honor, given to the book that furthers the American public’s understanding of law. It’s been a century since the 19th Amendment passed and it’s worth remembering why the suffragists had to fight so hard — and who was fighting against them.

The Great Fight is being adapted for television by Steven Spielberg’s Amblin Entertainment, with Hilary Rodham Clinton as an executive producer. The New Yorker says, “The book grippingly recounts the twists and reversals that took place in the weeks leading up to the suffrage victory, but it is even more thrilling in its presentation of ideas — both those of the suffragists and those of the people who opposed them.” 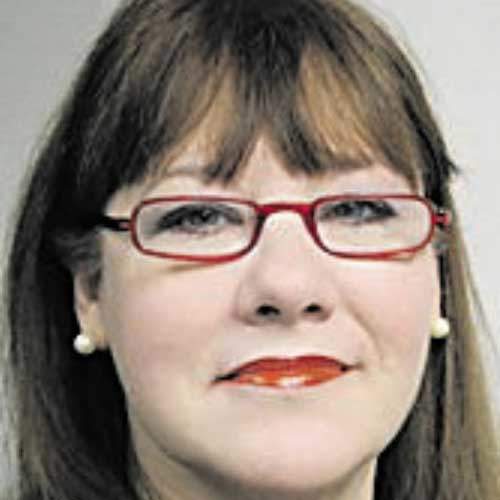 Guest host Susan Odgers is a 33-year resident of Traverse City and a faculty member of Northwestern Michigan College. She is publishing a book centered on her Traverse City Record-Eagle columns in 2020.