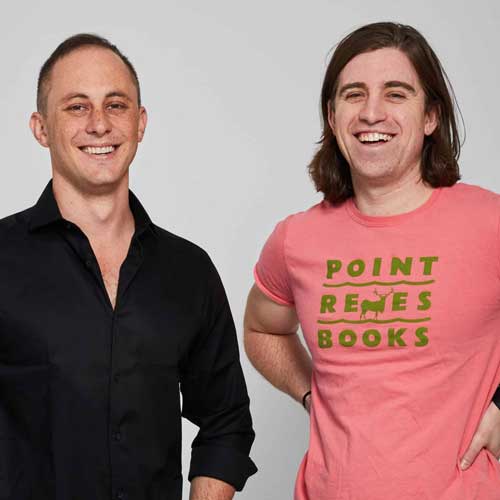 Two friends — a Democrat and a Republican — take a road trip across America and talk politics, the way few would dare. We ride along for the whole journey, listening in on front seat arguments and their conversations with Americans from coast to coast. We also peer outside the car to understand America’s hot button topics, including immigration, mass incarceration, and the military-civilian divide. In this event, Haugh and  Blashek will talk about politics rationally and in real-time as they discuss the making of their new book Union: A Democrat, a Republican, and a Search for Common Ground. Even better, this event is just days before the  presidential election!

Jordan  Blashek is a businessman, attorney, and U.S. Marine Corps veteran, serving two combat tours overseas. He holds degrees from Yale Law School, Stanford Graduate School of Business, and Princeton University. Now based in New York, he invests in entrepreneurial efforts to grow the American middle class as a part of Schmidt Futures, a philanthropic initiative.

Christopher Haugh is a writer from Kensington, California. He graduated with highest honors from the University of California, Berkeley, attended Oxford University and started speech writing as an intern in the Obama White House and the U.S. Department of State’s Policy Planning Staff, where he served as a speechwriter to the Secretary. In 2018, he graduated from Yale Law School and is based in the San Francisco Bay area and New York.