Dr. Mona turned the tide of the Flint water crisis after announcing that lead levels in her young patients were testing dangerously high. Her new book, What the Eyes Don’t See, reveals the inside fight against callous bureaucrats who, for too long, refused to believe residents and take action. Dr. Mona also tells her own story as an immigrant, scientist and doctor.

Paced like a scientific thriller, Dr. Mona shows how callous indifference put the city of Flint at risk

Even if you think you already know the story of the Flint water crisis, there is much to learn from What the Eyes Don’t See.

After Flint switched its water supply from Lake Huron to the Flint River under the edict of an emergency manager, Dr. Mona initially tuned out citizens’ fears that the muddy-looking tap water contained lead. Ultimately, though, she became a renegade and detective and gathered evidence of high lead levels in Flint children. Her public revelation was met with a government backlash and brutal attempts to smear and discredit her, but the city soon switched back to its original source.

At the center of the story is Dr. Mona herself, a doctor, scientist, and mother. Born to Iraqi parents in England, her family moved to the Michigan’s Upper Peninsula where her father ultimately developed 20 patents for General Motors Research. Her mother’s ESL work with hundreds of other immigrant families inspired Dr. Mona’s own pursuit of justice. One of her current goals is to deliver remediation efforts to Flint’s roughly 1,000 undocumented immigrants, most who came from Mexico.

Erin Brokovich praised her efforts, saying: “It’s one thing to point out a problem. It is another thing altogether to step up and work to fix it. Mona Hanna-Attisha is a true American hero.”

“Flint is a public health disaster. But it was Dr. Mona, this caring, tough pediatrician turned detective, who cracked the case.”~ Rachel Maddow

Peter Whorf is radio station manager for WKAR Public Media. He oversees the news and music divisions of WKAR Radio, and is host of MSU In Concert, numerous live broadcasts and the 90.5 New Release Of The Month feature.

Peter arrived at WKAR from WFMT, where he was radio program director and vice president of content for the Chicago commercial classical station. He was previously with public stations WNYC, New York; KBIA, Mid-Missouri Public Media; and WBEZ, Chicago.

Peter Whorf graduated from Eastman School of Music with a degree in violin performance. 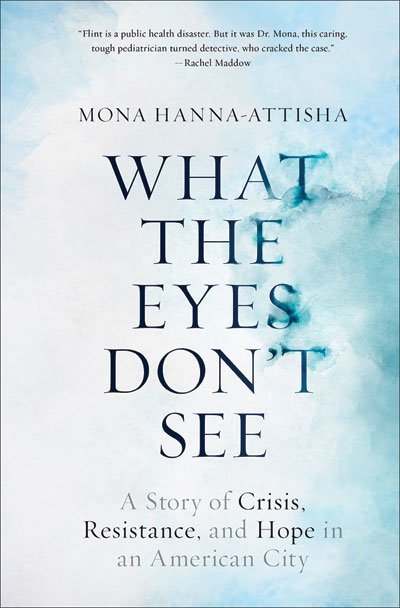