Master of suspense and 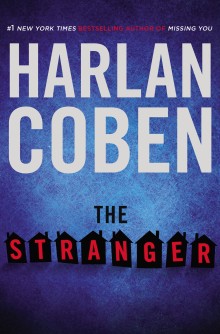 mega-bestselling author Harlan Coben made a National Writers Series appearance during the 2015 National Cherry Festival with his new book The Stranger. The Stranger is his most shocking thriller yet, proving that a well-placed lie can help build a wonderful life – and that a secret has the same explosive power to destroy it.