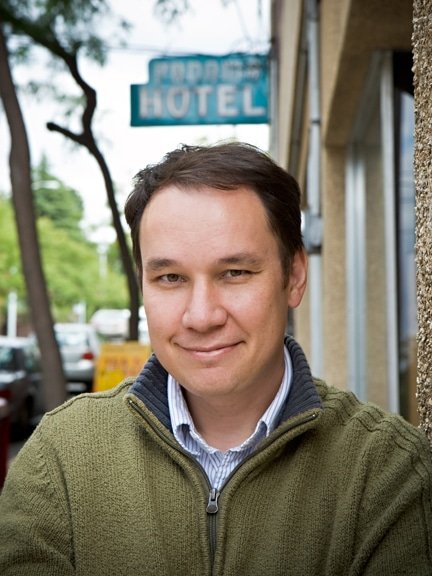 Jamie Ford, author of the New York Times best-selling Hotel on the Corner of Bitter and Sweet, appeared on Monday, Sept. 30 with guest host Rich Fahle to discuss his newly-released second novel, Songs of Willow Frost.

Set in Seattle during the Great Depression, the novel “is a powerful tale of two souls—a boy with dreams for his future and a woman escaping her haunted past—both seeking love, hope, and forgiveness.” William Eng, a Chinese American boy, has lived at a Seattle orphanage since the supposed death of his mother five years ago. On his birthday, he makes a trip to the cinema, where he sees an actress, Willow Frost, who so closely resembles his mother that he is convinced it is she.

“Losing your parents is tragic in its own right, but being left at an orphanage and not knowing when or if your parents are coming back is even worse,” says Ford. “There’s no closure; you can’t be adopted or anything.”

Writing from the shifting perspectives of both William and Willow Frost was one of the harder things about the novel, according to Ford.

“One story was a little bit easier because I was a juvenile boy and then sometimes a juvenile adult,” joked Ford. “Willow was a little different—my name is Jamie, but I’m a dude—I’m a guy. I have a lot of respect for my mother and grandmothers who were women during a time in which they paid a societal price for being female.”

Outside of writing, Frost resides in Montana with his wife and six children—four daughters and two sons, a blended family; two are seniors, one a junior, one a sophomore and one a freshman in high school.

“My grandmother always used to say about teenagers that they hadn’t made it over fool’s hill yet,” says Ford. “Some fathers want their sons to be lawyers and doctors. I said to mine to be a rock and roll musician. Go!”

Beautiful melancholy is his writing partner…

Jamie Ford’s debut novel, Hotel on the Corner of Bitter and Sweet, not only garnered a lengthy list of literary accolades but it has been translated into 32 languages and hit the New York Times bestseller list. Ford jokes that he’s still holding out for Klingon because that’s when you know you’ve made it. 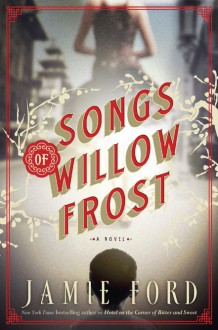 Twelve-year-old William Eng, a Chinese American boy, has lived at Seattle’s Sacred Heart Orphanage ever since his five years earlier. On his birthday—or rather, the day the nuns designate as his birthday—William and the other orphans are taken to the historical Moore Theatre, where William glimpses an actress on the silver screen who goes by the name of Willow Frost. Struck by her features, William is convinced that the movie star is his mother, Liu Song.

Amazingly talented. Masterful. A gifted writer. That’s what readers and critics alike have to say about Ford —a natural storyteller who eloquently captures the love between mother and child: their hopes, sacrifices, and need for forgiveness. Songs for Willow Frost is both tender and devastating, a tale of longing for love, and final redemption.

Ford is an alumnus of the Squaw Valley Community of Writers and a survivor of Orson Scott Card’s Literary Bootcamp. He is also working on a Young Adult series that even his agent doesn’t know about—yet. Ford says that he is also the proud father of more teenagers than he can keep track of. 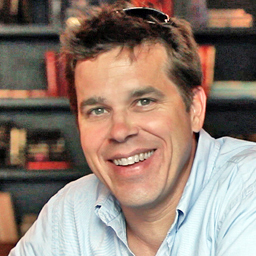