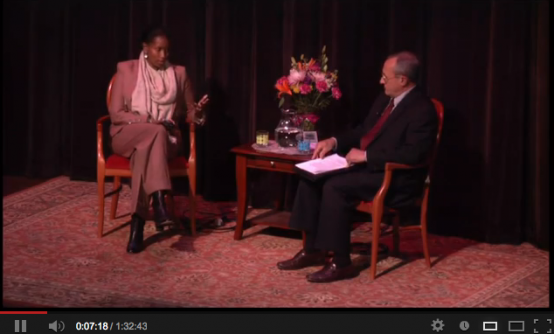 Event Recap
Somali-Dutch feminist, activist, writer and politician Ayaan Hirsi Ali thrilled a packed audience at her National Writers Series appearance in on October 11, 2012. Speaking with diplomat, columnist and lecturer Jack Segal in front of the sold out house of 700 at the City Opera House, Ali told the gripping story of history as a Somalian refugee turned international bestselling author.

Ali’s autobiography, Infidel, explains her upbringing in Somalia, Saudi Arabia, Ethiopia and finally Kenya and detailed some of her experiences as a young female in a strict Muslim community. She credits her father with giving her the opportunity to learn. “My father was infected with the virus from the west that women should be educated,” she explained. Her mother did not agree, however, creating a rift in the family.

She explained that the treatment of women is taken directly from the versus of the Koran, using the example of Mohammed and his wives, a standard that she says “needs to stop.” “In the 21st century, it’s the scale, the scope and the severity of the treatment of women” that we need to worry about. “Women are have a book written in the 7th century be their constitution in the 21st century. And that’s not just [a concern] for women,” a statement that was met by support from the audience.

She obtained political asylum in the Netherlands in 1992, though the road from there was not easy. “When you’re climbing a mountain you think, ‘Why am I doing this?’” she explained. “That’s how I felt when I first arrived in the Netherlands.”

She joked that when she first arrived in the Netherlands she “though math was God’s way of punishing me,” but the turned to the serious topic of the biggest difference she saw in the cultures: “I didn’t understand that there wasn’t corruption.”

The audience listened as Ali detailed how radical Islam thrives in the Muslim communities that exist in countries like the Netherlands: “There are ghettos of people who have established a community that is wholly different than the host country. That’s where radical Islam rose,” she explained.

After identifying herself as an American, Ali’s comments regarding the Western world’s place in the conflict were met “Is it our problem or their problem?” she asked. “My personal view is that it is our problem because of the pace of globalism. I would rather live in a world led by America, as a robust rather than reluctant leader.”

She finished the evening by explaining that America and its allies have not used the biggest arsenal available to them: “We have not told them that there are certain unalienable rights,” Ali said. “That is the biggest selling point.”

The National Writers Series would like to thank Ayaan Hirsi Ali and Jack Segal for an enlightening and powerful evening. 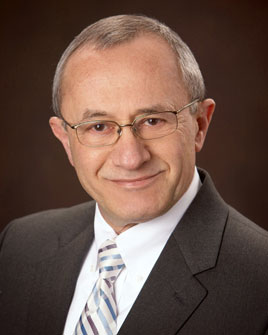 Diplomat, columnist, lecturer – Jack Segal’s career on the world stage has spanned nearly 50 years and as many countries, placing him at the crossroads of today’s most pressing, and dramatic, events. Jack, with Karen Puschel, his wife and a former State Department Soviet expert, is a host of Northwestern Michigan College’s esteemed International Affairs Forum, which features some of the world’s most interesting policy makers. From 2002 to 2010, Jack was the senior political adviser to the NATO Commander overseeing the Afghanistan conflict. He also played a critical role in the opening of Russia to the west after the collapse of the Soviet Union. He is presently a senior fellow at the U.S. National Defense University in Washington D.C.