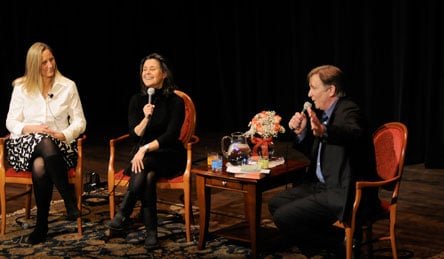 Writer-producers Janet Leahy and Lisa Albert kicked off the 2011 National Writers Series with an inside look at the writing and production of some of television’s most popular shows. National Writers Series founder Doug Stanton hosted this entertaining discussion about adventures in writing for the screen, along with an audience Q&A. The evening concluded with a DVD and book signing with the writers.