Caitlin Doyle – a poet compelled to uncover the strangeness that lives within the seemingly ordinary.

Caitlin Doyle’s poetry has appeared in The Atlantic, Boston Review, The Threepenny Review, Black Warrior Review, and many others. Her poems have also been published in several anthologies, including The Best Emerging Poets of 2013, Best New Poets 2009, and The Crafty Poet: A Portable Workshop. Caitlin’s honors include the Margaret Bridgman Scholarship through the Bread Loaf Writers’ conference, a MacDowell Colony fellowship, the Amy Award through Poets & Writers, and fellowships at the James Merrill House and the Kerouac House. She has held Writer-In-Residence teaching positions at Penn State, Interlochen Arts Academy, and St. Albans School, and she has taught as a Lecturer in Creative Writing at Boston University. 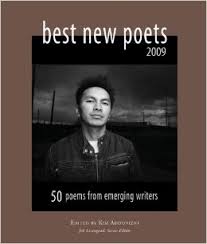